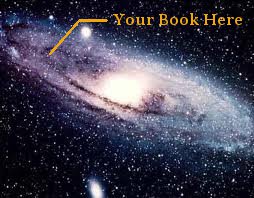 Google Goodness – You Know You Want It!

Now How to Get It with Google+

A Primer Lesson about Google+

Ninety percent of all searches on the Internet are performed on Google; 900,000,000 unique visitors per month as of March 13, 2013. That is nine hundred million per month and growing.

If you want your books to be found (or your services, products), you must rank within the first three pages of Google searches. To optimize your SEO ranking, you will need to understand how to obtain all the “Google Goodness” that you can muster and that means you need to be on Google +.

Google + is the fastest growing social media platform. It has surpassed Twitter and YouTube in percentage of global internet use and is rapidly gaining on FaceBook, which is number 1.  (Forbes, Jan. 26, 2013).

Why should you add yet another social media platform to your author platform?

Google + usage ranks significantly in Google’s SEO equations for getting your site or information to the top of the Google Search pages food chain. To put this in a different way, Google has the advantage and will have it for the foreseeable future. Google has a successful track record, deep pockets, and creates the technology platform that delivers social media. ‘Nuff said. Google owns the playing field, the game itself, and pays the players.

Google + Social Media Platform has the staying power of Google behind it along with sophisticated technology and ability to interconnect “The Internet of Things” in ways that we can’t even imagine. Google+ is not an experiment. It has top Google priority and that means if you are serious about your SEO ranking, Google + needs to be your top priority social media promotional tool.

Okay, so now you understand a little more about why you shouldn’t dismiss Google+ as the next MySpace or just another social media platform.  But what can Google+ do for you?

You can create longer conversations, share more thoughts & info, which in turn helps you build relationships with people who you might not have otherwise met–such as new readers.

And then there are the Google+ Hang-outs for group meetings, live discussions, or demonstrations. Hangouts are great for panel discussions, too. More about that later.