What Works in Hollywood: The < 33 Principle 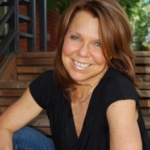 Our Guest Post today is written by Diane Sillan Isaacs. Diane brings more than two decades of experience in film and television industries as an executive film producer, president of production for Don Johnson Productions at Universal and Paramount pictures, president of development and production for Green Moon Productions where she produced films for Antonio Banderas and Emma Thompson.

Most recently, Diane has joined the Chanticleer Team as Creative Director, and also partnered with Kiffer & Andy Brown to form SillanPaceBrown Publishing + Production, a new publishing platform that specializes in global rights and vertical product integration for intellectual properties based on stories.

What is a Writer’s Prerequisite to Admission to Tinseltown?

Seems like every writer you meet in Hollywood has a

[hot!] script in their bag, eager to pitch their story to producers and anyone with media contacts.

Random hems and haws, kindas, umms and ya-knows have left many a talented writer with their script curbside. These short storylines, known as loglines, are essential in the film industry and working screenwriters (key adjective) have their magic bullet in the chamber ready to fire off with every handshake and chance meeting to first, spark a reaction, second, be asked to tell more, or third, be invited to send their script in for a read.

Most have learned to prepare and practice a quick one-liner of their story to hook fast and furious interest before the elevator doors open, or the valet pulls the Tesla around. The fast pitch of their +/- 100 page script [with a lot of scenes and dialogue] is the prerequisite to Tinseltown’s admission.

I call it the < 33 principle. Tell me your story in less than 33 words to give me a sense of genre, main characters, obstacles, twists and high concept, and you got my attention. Of course, the script has to live up to the logline, but a well-constructed logline is the first key to get in the door. Turns out the stories that hold up under the strict discipline of time and words are the ones with the best Velcro and have a better chance to go the distance.

At a recent literary conference, a number of authors approached me to tell me about their [hot!] book. Used to streamlined loglines, I was taken back at the oftentimes meandering descriptions about the story, the opening scene, side stories, past lives, psychological thinking, flash forwards and more. While authors enjoy a literary license to write as the please, the story still needs the discipline of a succinct logline. Like screenwriters, authors need to be able to tell his or her story in less than 33 words with all the elements to seduce me and have me ask for more. “Me” is code for your potential readers, agents, publishers, colleagues- audience of any and all kind!

The Origin of the Logline in Hollywood

As a film producer, I appreciate the value of the logline vetting process. Given the amount of material [did I mention every writer has a hot script in their bag?], the slushing process comes in the form of a logline. It started in the early studio days, where contracted readers would write the logline on the binder of the vaulted scripts for producers to get a quick sense of the story at a glance. Loglines are also an amazing tool for the writing process to make sure all the elements of the book are aligned with the story foundation.

There may be the rare exception of someone that asks for the long, drawn-out, over-explained and complicated version first, but you already have a few versions of that in the archives. Now, let’s get you lean and memorable.

What works in Hollywood…works in Publishing.

Go to a mirror, set your timer for :15 seconds. Imagine the image staring at you just asked you what your book/story. Start Jeopardy music for added anxiety.

Time’s up. Did you have to think about it? Did you false start a few times? Did you fudge things around until you cobbled together a line or two? Did you forget the best part? Was it nearly impossible to distill your massive story down to a concise sound bite?

Or did it have a zesty punch that piqued curiosity and imagination of your mirror image? [Thumbs up, Thumbs up?!]

So even if you got a positive reaction from your alter ego, know that he or she is biased. It’s time to create a logline, or perfect the one you started- one that seamlessly rolls off your tongue at a mere thought of your book.

It’s time to brand your story with a compact package of words that will astonish and delight. It’s a craft of its own!

It’s probably the most important tool to pitch your book, sell your book and, oh yeah, write your book. Your logline should be with you before, during and after writing your story. Without it like a business without a plan, a charity without a mission or an ad campaign without a hook. Pointless.

Take the time to streamline it down. Count the words (<33, please), time the statement (< :15, thank you), and practice it so that it comes across as off-the-top-of-my-head casual when a friend, colleague, stranger, hairdresser, neighbor, flight attendant, future fan, or agent asks ‘what’s your story about?’.

Diane will present two Logline workshops (one on Friday, March 31st and one on Saturday, April 1st) at the 2017 Chanticleer Authors Conference. The workshop is included in the registration fee. Participation is limited to 12 attendees at each session. Signup is encouraged at time of registration.