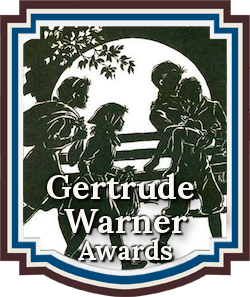 NOTE: This is the Official List of the Warner 2016 Finalists.

The Finalists Authors and Titles of Works that have made it to the Short-list of the Gertrude Warner Middle Grade Chapter Book 2016 Writing Contest are:

Life on Base: Quantico Cave by Tom and Nancy Wise

Zephyr Daniels and the Field Trip of Screams  by Kimberly Robello

Test of Time by Robert McCauley

Zoe and the Cat from Mars by Robert Karr

The Train  from Outerspace  by  Alan Sproles and Lizanne Southgate

The Shadow of the Unicorn II: The Deception by Suzanne de Montigny

I, Mary by Mike Hartner

The Mystery of Hollow Inn by Tara Ellis

Amelia Moss and the Secret Islands Agency by Kimberly Clair

Saddle Up  by Donna Patton and Emily Chase Smith

After the Horizon  by Ben Conlon

Life on the Farm by Heather Gardam

Year of the Rahku Rabbit – Training the Mage by D.A. Cave

Brooklyn Bat Boy: A Story of the 1947 Season that Changed Baseball Forever by Geoff Griffin

The Treasure of Malaga Cove  by John Gilgren

All First In Category Book Award Winners will receive high visibility along with special badges to wear during the Chanticleer Authors Conference and Awards Gala.

Good Luck to all of the 2016 Gertrude Warner Finalists as they compete for the coveted First Place Category  positions.

The Gertrude Warner Grand Prize Winner will be announced at the April 1st, 2017 Chanticleer Writing Contests Annual Awards Gala, which takes place on the last evening of the Chanticleer Authors Conference that will be held in Bellingham, Wash.