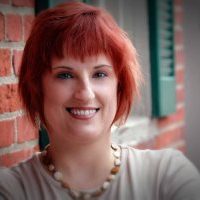 And you can find her at the upcoming Chanticleer Author Conference—CAC17—March 31st to April 2nd where she will be teaching How to Use Pinterest to Develop Your Story and Career.

As part of our spotlight series, we asked Nicole our five questions to get her perspective on professional success.

1. When did you know what you really wanted to be?

I finally started taking my writing seriously in 2008, so when I was 29. Before then, it was just a hobby, something I did to entertain myself when I was bored. I always had a drive to tell stories, but I didn’t think that being a writer was something real people actually did. That is until I read Twilight. (Go ahead and laugh if you want.) Stephanie Meyer was the first average person I’d ever seen “make it” as a writer. I thought to myself “well, if she can do it, there is a chance for me.” At the time, I was about ¾ of the way into the first draft of what would become Daughter of Destiny, my debut novel, so I decided it was time to act like a professional writer. It took another eight years for the book to be published, but I did it!

2. What was the biggest challenge you faced?

My biggest challenge was getting my book into the hands of readers. It took me two years to get an agent, and then we were on submission for two years. We got sooooo close to an offer three times, but every time the publishing houses said the same thing: she’s new and we don’t know how to market Arthurian legend. My agent and I ended up parting ways and I didn’t have any luck getting another one, so I decided to go independent. After so many years of hoping and waiting, Daughter of Destiny was published just four months after I opened my own publishing company.

3. How do you define success?

I don’t think there is one single definition of success. On one hand, I’m successful just because my books are out there and readers like them, which is so important. I’m also successful in that I’m creatively fulfilled – I know I’m doing what I’m meant to be doing. That may even be more important. I’ve won a lot of awards, so I know I’m doing something right!
I’m making money on my books, which is also a definition of success. However, I’m not a full-time writer or the critically-acclaimed, bestselling author I want to be, so in that regard, I still have a ways to go. But that’s okay; it gives me something to strive for.

4. How long did it take to achieve your success?

All told, around six years. Only the gods know how long it will take to fulfill my loftier dreams!

5. What is the best advice you have ever received?

One of my mantras is “dreams don’t work unless you do.” I think I probably got that off the Internet, but it is so true. If you want to be successful, you have to put in the effort. It may be hard at the time, you may even think it’s going to kill you – I did – but it is so worth it when you begin to see it pay off. Writing is a business no matter if you are traditionally or indie published, so you have to treat it like one, put in the hours and do the work, even when it’s not fun and you are exhausted. No one is going to hand you anything just because you are you. There really is no such thing as overnight success. (There are rare exceptions but, more than likely, you are not one of those.) As the author, you are the best advocate for your work, so get out there and tell everyone how wonderful it is, and eventually, they will catch on. That’s how you build a fan base – one reader at a time.

If you have not registered for CAC17 yet, what are you waiting for? Nicole Evelina and more fantastic speakers (including yourself possibly, if you register before the schedule is full) will be sharing their experience and knowledge about writing books, selling books, and everything to do with being a successful author. 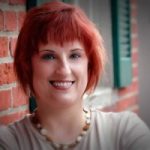 Nicole Evelina’s writing has appeared in The Huffington Post, The Philadelphia Inquirer, The Independent Journal, Curve Magazine and numerous historical publications. She is one of only six authors who completed a week-long writing intensive taught by #1 New York Times bestselling author Deborah Harkness. As an armchair historian, Nicole researches her books extensively, consulting with biographers, historical societies and traveling to locations when possible. She has consulted with internationally acclaimed author and historian Geoffrey Ashe, as well as Arthurian/Glastonbury expert Jaime George, the man who helped Marion Zimmer Bradley research The Mists of Avalon.

Chanticleer Reviews 2015 Book of the Year –

You may think you know the story of Guinevere, but you’ve never heard it like this: in her own words. Listen and you will hear the true story of Camelot and its queen.

Fans of Arthurian legend and the Mists of Avalon will love Daughter of Destiny, the first book in a historical fantasy trilogy that gives Guinevere back her voice and traces her life from an uncertain eleven year old girl to a wise queen in her fifth decade of life.

How to Use Pinterest to Develop Your Story and Career – As an author, you can use Pinterest for far more than collecting recipes and craft ideas you probably won’t ever get around to trying. Nicole Evelina will provide tips for and share personal examples of how to: Create boards for your stories, settings and characters, How to use those boards in marketing and fan activities, Use the images you find to brainstorm character attributes, Collect imagines for future inspiration, Provide a “human face” behind your author brand, Advertise and hold contests on Pinterest to attract and retain readers.

Check out all the classes and sessions we have scheduled!