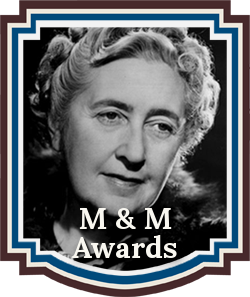 These titles are in the running for the 5 First Place Book Awards for the 2016 Mystery & Mayhem Book Awards competition!

Congratulations to these authors for their works moving up from the 2016 M&M Finalists to the Short List. The novels will now compete for the First Place Category Positions!

Each of the titles below have earned the M&M AWARDS SHORT LIST Semi-Finalists bragging rights! 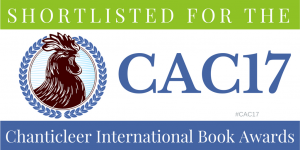 The Finalists Authors and Titles of Works that have made it to the Short-list (aka The Semi-Finalists) of the M&M 2016 Novel Writing Contest are:

The Body Next Door by Gay Yellen

Death Runs on Time by A. B. Michaels

Twelve for Twelve  by Dawn Rasmussen

The Prosecution of Mr. Darcy’s Cousin by Regina Jeffries

The Secret Life of Anna Blanc by Jennifer Kincheloe

Engaged in Danger: A Jamie Quinn Mystery by Barbara Venkataraman

Deadly Dye and a Soy Chai by Traci Andrighetti

Sherlock Holmes and the Dance of the Tiger -Suzette Hollingsworth

The Erotica Book Club for Nice Ladies by  Connie Spittler

The M&M Semi-Finalists will compete for the M&M First In Category Positions, which consists of Seven Judging Rounds.  First Place Category Award winners will automatically be entered into the M&M GRAND PRIZE AWARD competition, which has a cash prize purse of $200.  The CBR Grand Prize Genre Winners will compete for the CBR Overall Grand Prize for Best Book and its $1,000 purse.

Good Luck to each of you as your works compete for the M&M  Awards  First Class Category Positions.

Good Luck to all of the M&M Semi-Finalists as they compete for the coveted First Place Category  positions.

The M&M Grand Prize Winner will be announced at the April 1st, 2017 Chanticleer Writing Contests Annual Awards Gala, which takes place on the last evening of the Chanticleer Authors Conference that will be held in Bellingham, Wash.

We are now accepting submissions into the 2017 M&M Awards writing competition. The deadline for submissions is March 31st, 2017. Please click here for more information.