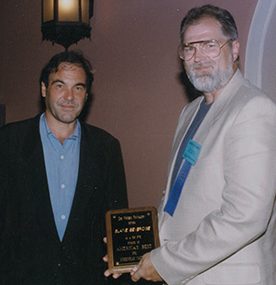 It isn’t always easy to catch up with some authors. They seem to hide behind their computers or wander on the beach with their dogs… Me? No, I’m not pointing fingers at you, Blaine Beveridge… Well, okay. Maybe I am! Blaine doesn’t really talk a lot about himself, in fact, he doesn’t really like to have his picture taken. But guess what I found on his website… Blaine receiving The Writers Foundation Award from none other than Mr. Oliver Stone himself~ Check it out! 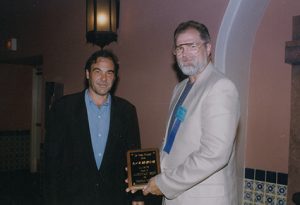 Recently I was able to catch up with the elusive author and get to know him a little better. May I introduce to you Blaine Beveridge, historical fiction writer and author of, A Bit of Candy in Hard Times… all about rum running in the Pacific Northwest. Enjoy!

Chanticleer: How did you start writing?

Beveridge: My earliest memory of writing took place in the 5th or 6th grade when our elementary class spent a week at the Forestry Reserve in the Angeles Crest Mountains above LA. As a class, we published a newspaper and I worked on that singular edition. A couple of years later I served as Scribe in Boy Scout Troop 138, followed by service on journalism staffs in junior and senior high school.

Chanticleer: So, you’ve always had the knack. There’s nothing like journalism to teach a writer about deadlines, sentence structure, and killing your darlings. What do you do when you’re not writing? Tells us a little about your hobbies.

Beveridge: I am an enthusiastic reader of biographies, historical tracts, political opinion, sports, and culture. I rarely read fiction these days because it tends to get in the way of my fiction. I love to travel at ground level, where I do a great deal of my research. Music has always played an important part of my creative process. But mostly I focus on my family and, especially, my puppies.

Chanticleer: Talk to me about music and your creative process? How does that work?

Beveridge: Specifically selected music, not random cuts from the radio, that helps to establish total immersion into whatever I’m writing. The suspension of belief while writing fiction is just as important as the suspension of belief one enjoys when reading a story, and having that soundtrack is as indispensable to me as a comfortable working chair and reliable computer. Whether it’s Morricone’s ethereal soundtrack from The Mission or Maurice Jarre’s Lawrence of Arabia, Randy Newman’s scores for The Natural or Avalon, or any number of soundtracks scored by John Williams, I generally prefer big symphonic music when I’m establishing settings. Just as compelling are Mark Knopfler’s scores for Local Hero and Comfort and Joy; Los Lobos’ Desperado, and so many others that I listen to as I outline or write. Jazz often plays a big influence, and how can I overlook Eva Cassidy or Ry Cooder? I can’t believe I’m the only scribbler who relies on music in such a manner and I’d love to hear what music motivates other writers.

Chanti: Name five of your favorite authors and describe how they influence your work.

Beveridge: This is a difficult question – as it must be for most folks. How can I overlook the influence that writers like London, Doig, Nichols, Fitzgerald, Clarke, Michener, or so many others, have had on me? But, if I have to choose just five I would say that Stegner, Steinbeck, Bill Kennedy, Atwood, and Theroux have had a profound impact on my style and perspective. Stegner, for his vivid representations of people and place and their relationship to each other; Steinbeck for his cogent, topical social commentary; Kennedy for his unvarnished representation of a particular place and time; Atwood for her ability to portray feminist ideals and concerns in ways which I can empathize with and heartily embrace, and Theroux, especially his travel books whose colorful depictions of such diverse locales as eastern Asia or Pacifica have held me in thrall for years. 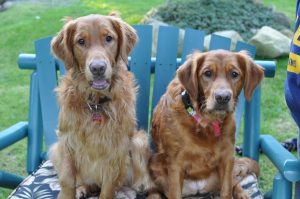 Beveridge: Yes, I did! Here’s a picture of Captain Bligh on the left and Calliope on the right.They are brother and sister – same mom and dad, just from different litters a year apart.

Chanti: Sweet puppies! Every author needs puppies to pull them away from their writing and on to the real job of walkies! It’s important to work on your craft. What do you do to grow your author chops?

Chanti: Ha! Are you sure Hemmingway isn’t one of your favorite authors? Moving along, what craft books have helped you the most?

Beveridge: There are the usual suspects from Writer’s Digest and various reference guides. As to the nature of fiction, I’ve certainly spent time with Joseph Campbell’s tome on mythology, and Mark Turner’s The Literary Mind. John Gardner’s On Writing Fiction comes to mind for one important reason. Gardner suggested that, and I’m paraphrasing, “screenwriting has ruined more than one novelist.” And he was likely correct. Effective screenwriting is ruled by a variety of conventions, one paramount rule is that the writer must enter each scene as late as possible. Screenwriters, writing for theatrical or institutional purposes, are compelled by time to cut directly to the bone. Writing prose, conversely, relies on broader descriptive to present the information that visuals would otherwise provide. As someone who previously developed theatrical and corporate films, I have been reminded that prose readers look for, and rely on, deeper points of view that I tend to set aside. I’m still learning to write.

Chanti: What do you do in your community to improve/promote literacy?

Beveridge: I spent six years on the board of the Pacific Northwest Writers Association, four as a member of the Executive Board. As Vice President of PNWA, I participated in the founding of a Young Writers Camp, which was held for four days at Camp Burton on Vashon Island. It was disappointing that the organization chose not to continue with the program and, I’m sorry to say, that decision led to my decision to leave what continues to be an ongoing and helpful support group for the many writers in the Puget Sound region. 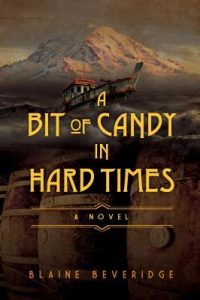 Chanti: It’s hard to see something end – especially when you’ve spent so much time and energy breathing life into it. I get that. I’m positive the young authors that had the opportunity to experience Young Writers Camp will never forget it. That sort of things influences people for years and years to come. Imagine, if you will, what opportunities will arise for these young authors in the future because of that program? You just never know… Give us your best marketing tips, what’s worked to sell more books, gain notoriety, and expand your literary footprint.

Beveridge: Work with arts alliances or organizations like Chanticleer to exploit the opportunities to share discourse with readers and potential readers. Meet and greets are small but meaningful ways to expand reader base and to get feedback on both the product and marketing efforts. For me, this is as much a vocation as it is an avocation and it is treated as such. Advertising can be hit or miss and, unless one has deep pockets, strategizing those opportunities should only be undertaken with professionals in the field. Conferences can be very helpful to meet agents, editors, and publishers. They also provide the opportunity to meet and join in b*tch sessions with other writers. Heh.

Chanti: Hey, thanks for mentioning us! Maybe we should offer a b*tch session at our upcoming conference: B*tch 101… We can have it in the bar… after hours!  So, what are you working on now? What can we look forward to seeing next from you?

Beveridge: I’m currently reworking a novel titled Twice Removed. The story is inspired by the life experience of my mentor at UCLA, a Czech filmmaker named Jiri Weiss who was compelled to leave his country twice – first, when the Nazis arrived in 1938, and again when the Russians invaded in 1968. The second book of my Puget Sound Trilogy, following A Bit of Candy in Hard Times, is Playing Out the Hand and is in the queue.

Chanti: That’s very exciting! I hope we get a chance to see those soon. Who’s the perfect reader for your book?

Beveridge: Anyone who is interested in the fabric of history. That is the interstitial matrix that fills in the spaces between dates, places, events and the people who serve as points of reference. For example, there are many books that attempt to explain Chamberlain’s assuagement of Hitler in 1938, but Kazuo Ishiguro pulled back the polite curtain of racism, social stratification and political exigency in his great novel The Remains of the Day. I certainly don’t claim to be a peer of Ishiguro, but I am inspired by him.

Chanti: What is the most important thing a reader can do for an author?

Beveridge: Buy my book! Okay, seriously, take the time to write honest reviews. Writers depend on reader participation to help spread the word and to provide feedback which might improve further efforts. Five star reviews are great, and positive comments are always welcome, but please don’t blow smoke or troll…well, the latter is inevitable. (Laughs)

Chanti: Thank you, Blaine. I appreciate your time and energy.

Well, there you have it, folks! Buy the book – write a review! Support authors near and far and that’s how YOU can support literacy! 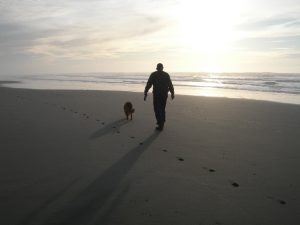 Subscribe to his new blog,  “A View From Offshore,” here