Congratulations to Ronald E. Yates for winning the 2018 CIBAs

for The Lost Years of Billy Battles!

Reviewer’s Note: I’ve begun few books as eagerly as I did this one. Having read the first two volumes of Ronald E. Yates’ extraordinary trilogy, Finding Billy Battles, I couldn’t wait to continue his story in the final volume, The Lost Years of Billy Battles. The third installment lived up to the exceedingly high standard set in the first two volumes. Billy Battles is as dear and fascinating a literary friend as I have ever encountered. I learned much about American and international history, and you will too if you read any or all of the books. Each is an independent work, but if read in relation to the others, the reader experiences that all too rare sense of complete transport to another world, one fully realized in these pages because the storytelling is so skillful and thoroughly captivating. Trust me; you’ll want to read all three volumes.

For those not familiar with the series, Yates presents his books as works of “faction,” a story “based in part on fact” but also “augmented by narrative fiction.” The protagonist, William Fitzroy Raglan Battles, born in Kansas in 1860, lives a full 100 years and takes part in some of the most significant events of his time. He encounters key figures of the day (Bat Masterson Wyatt Earp, President Wilson, Francisco “Pancho” Villa, among others), gives us their backstories, and quietly appraises them.

Yates, a journalist with a keen eye for nuance and subtlety, has created a protagonist with superb critical thinking skills. William, a journalist, and occasional soldier examines people and transactions from every angle. Just as at ease in a Kansas saloon as he is at the captain’s table on a grand ocean liner on the Pacific, Billy Battles is also ruthlessly honest about his shortcomings and feels tremendous guilt when he acts impulsively or inadvertently causes harm to others. Yates has crafted a fully human character who is easy to admire, perhaps because he is admirably cognizant of his own flaws.

This installment of the trilogy opens with William enjoying middle age in Chicago with his second wife, his beloved Katharina, a former German baroness, and his daughter, Anna Marie, now a student at Northwestern University. It is 1914 and World War I is raging in Europe. Germany, late to the spoils of colonialism, is seeking to make up for lost time with its policy of Weltpolitik that advocates for imperialist expansion.

When William is contacted by his friend and former military associate, General Freddy Funston, who informs him that a German merchant ship is bound to Mexico to deliver arms and munitions to its dictator, General Victoriano Huerta, William and Katharina travel to Mexico and pose as tourists while trying to find out as much as possible about the shipment. They learn that in addition to weapons, the ship is carrying a fortune in gold and silver bars. Further investigations reveal that Germany hopes to convince Mexico to engage in skirmishes along the U.S. border, creating enough havoc that America will sit out the war in Europe and thus allow Germany expansionist gains there.

Although in Mexico at the behest of the U.S. military, William and Katharina readily understand why Mexicans feel hostile to Americans; a significant portion of the Southwest used to belong to Mexico. However, President Wilson does not recognize Huerta and is all too eager to engage in big stick diplomacy when he chooses. Also, many Mexicans are desperately poor, the Campesinos working as virtual slaves on haciendas for no pay. It’s not surprising that they cheer on Venustiano Carranza, leader of the Northern opposition Constitutionalists charismatic lieutenants, the intense, intelligent Zapata who yearns to bring about land reform for the poor, and the wild but charismatic Pancho Villa who sparks outrage when his men murder 17 Texas mining engineers.

The U.S. military decides to intervene and, once again, William is impressed into service, this time with General Pershing and the General’s aide-de-camp, George S. Patton. While the U.S. Army has the latest in weaponry and travels with motorized vehicles and untrustworthy aircraft, the new technology causes a lot of noise, making it difficult to sneak up on Villa and his light-footed army, one that’s thoroughly familiar with the terrain and beloved by the people. William’s observations and reporting on all of this for his Chicago newspaper are riveting and wryly amusing.

Following this Mexican adventure, William barely has time to catch his breath when his past once again catches up with him. Mason Bledsoe, the son of the man William killed due to complex circumstances when he was just nineteen, abducts Katharina. With the help of his cousin, William determines his wife’s whereabouts and attempts to free her, as well as seek vengeance on those who kidnapped her. The results of his actions necessitate his leaving the country for his safety and, more importantly in his mind, the safety of his family. Over the next decades, he will spend time in the Philippines and Indochina, where he will again grapple with the blatant injustices of colonialism, aggrieved by the plight of native men working 16-hour days on French rubber plantations in intense heat, their flesh bitten and eaten by mosquitoes, oxflies, and army ants.

While abroad, William’s personal life takes some shocking turns that motivates him to return to the U.S. in 1936. His final years in Kansas, his birthplace, are the quietest of his life. Billy often muses on all he has seen and experienced. When he meets his great-grandson, Ted Sayles, he decides to bequeath him his guns, uniforms, journals, and correspondence. In the Epilogue, Ted addresses the reader and shares his thoughts about some shocking surprises he finds amongst William’s papers. It’s a most satisfying conclusion to an extraordinary trilogy.

At his behest, William’s grave includes the simple statement, “He did his best.” The same is undoubtedly true of the author, Ronald E. Yates. The research involved in putting William’s story on the page had to have been immense. In addition to a careful plotting of history, the details he weaves into his prose regarding fashion, food, weather, social class, and technology make this the richest account of a life imaginable. 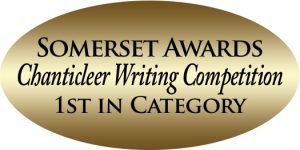