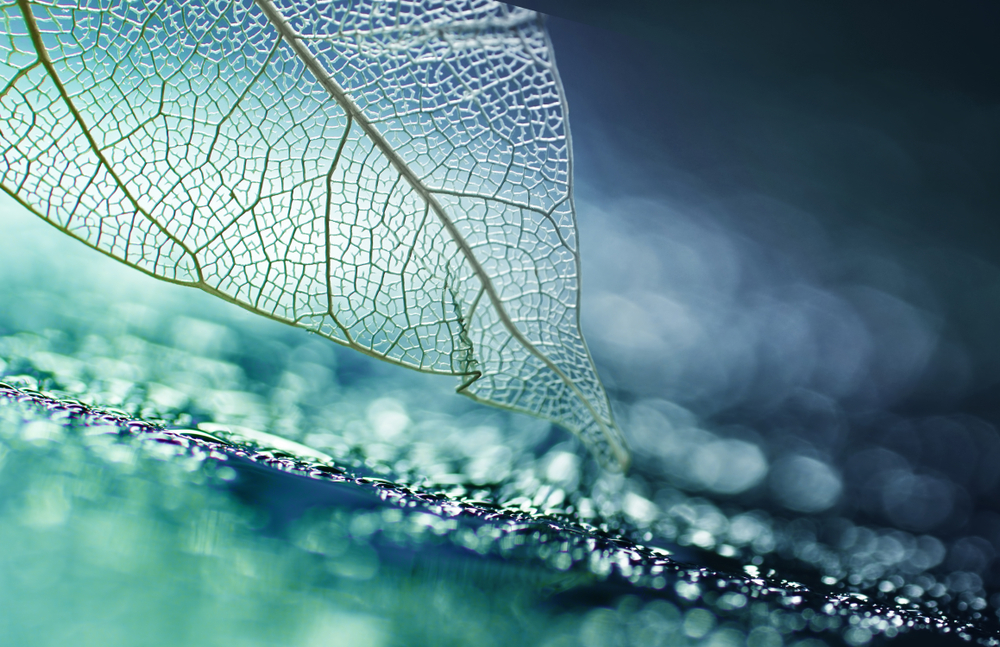 The best fiction touches the deep layers in us. A writer achieves this effect by embedding dozens of techniques into his or her story. – Jessica Page Morrell

Compelling fiction is based on a single, powerful question that must be answered by the story climax. This question will be dramatized chiefly via action in a series of events or scenes. If you are writing a romance, the question always involves whether the couple will resolve their differences and declare their love. In a mystery the dramatic question might be will Detective Smith find the serial killer in time to prevent another senseless death? In The Old Man and Sea, the dramatic question is will Santiago catch the big fish and thus restore his pride and reputation?

An intimate world isn’t created by merely piling on details. It means your story world has the resonance of childhood memories, the vividness of a dream, and the power of a movie. It’s filled in with shadows and corners and dogs and ice cubes and the sounds and smells of a dryer humming on wash day and a car blaring past, rap music shaking the windows. These details lend it authority, potency, and a palpable physical existence.

An intimate story takes us to a specific place and coaxes us to remain there. An intimate story is lifelike and feels as real and complicated as the world the reader inhabits. When he finishes the final pages and leaves the story world, he should feel the satisfaction of the ending, but also a huge sense of loss. Like a friend has moved to another town just when the friendship had reached a level of closeness and trust. 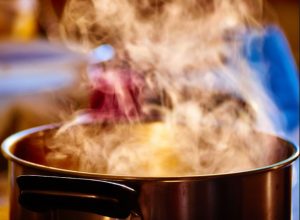 Create main characters with dominant and unforgettable traits as a foundation of personality. These traits will be showcased in the story events, will help him achieve or fail at goals, and will make the story person consistent. For example, Sherlock Holmes’ dominant traits are that he is analytical, Bohemian, opinionated and intelligent. These traits are showcased in every story he appears in along with secondary and contrasting traits. When the character first appears in the first scene, he arrives in the story with his dominant traits intact.

Protagonists and the main characters are people with baggage and emotional needs stemming from their pasts. These needs, coupled with motivation cause characters to act as they do. For example, in Silence of the Lambs Clarisse  Starling is propelled by childhood traumas to both succeed and heal the wounds caused by the death of her father. 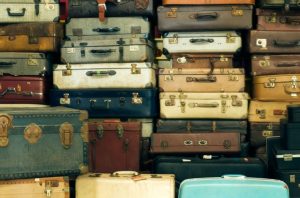 The storyline focuses on the most significant events in the protagonist’s life.

Motivation, the why? of fiction, is at the heart of every scene, fueling your character’s desires and driving him to accomplish goals. It provides a solid foundation for the often complicated reasons for your character’s behaviors choices, actions,  and blunders.  Motivating factors provide trajectories for character development, as a character’s past inevitably intersects with his present. Your character’s motivations must be in sync with his core personality traits and realistically linked to goals so that readers can take on these goals as their own.

Desire is the lifeblood of fictional characters. Not only do your characters want something, but they also want something badly. Santiago, in The Old Man and the Sea desperately wants to restore his reputation and also wants his friendship and partnership with the boy to resume. And in the lonely hours when he is far out at sea, desperately struggling to hang on to the fish and fighting off sharks, we see his fierce desire acted out and the price he pays for it.

You can bestow on your character flaming red hair, an endearing, crooked grin and a penchant for chocolate and noir movies, but if she doesn’t want something badly, she’s merely a prop in your story, not a driving force. But if she wants to win the Miss Florida contest, take over her boss’ job, or become the first female shortstop for the Atlanta Braves, then you’ve got a character who will make things happen and a story that will be propelled by desire. 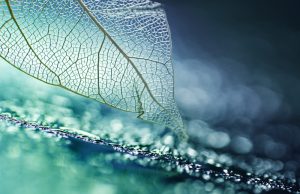 Fiction is based on a series of threatening changes inflicted on the protagonist. In many stories, these threats force him or her to change or act in ways he or she needs to change or act. Often too, what the protagonist fears most is what is showcased in a novel or short story. It can be fear of losing his family, job, or health with this dreaded outcome providing interest, action, and conflict.

A fictional character doesn’t arrive at easy decisions or choices. Instead, he is burdened by difficult or impossible choices, particularly moral choices, that often make him doubt himself and question his actions. Inner conflict works in tandem with outer conflict—an physical obstacle, villain or antagonist–to make the story more involving, dramatic, and events more meaningful.

Complications   A story builds and deepens by adding complications, twists, reversals, and surprises that add tension and forward motion. Plots don’t follow a straight path, instead, there are zigzags, dead ends, and sidetracks. Complications create obstacles and conflict, cause decisions to be made, paths to be chosen.

The middle of a novel comprises more than half its length. At about the midpoint of most novels, a dramatic reversal occurs. The hunter becomes the hunted; a second murder occurs proving the detective has been wrong in his suspicions; a former lover arrives in town to complicate a budding romance. This reversal keeps the middle from bogging down and becoming predictable and also breathes new life and often a new direction into the story.

every story needs an ending that satisfies the reader while concluding the plot. The final scenes, when the tensions are red hot and the character has reached a point of no return, must deliver drama, emotion, yet a logical conclusion. This is not to suggest that every plot ends with a shoot-out or physical confrontation because some endings are quieter, more thoughtful. Some endings are ambivalent, some a dramatic or a violent clash of wills. But there is always a sense that all the forces that have been operating in your story world have finally come to a head and the protagonist’s world is forever changed.

The end is just the beginning…

A Note from the Editor: A satisfying ending is one of the top, if not the top, reasons why books go viral and what will make your reader want to read your next work. Make sure that the you put as much effort in to a satisfying ending as you do into your opening hook—if not more. Kiffer Brown

Workshops and Sessions Jessica will teach at the 2019 Chanticleer Authors Conference:

Immersive Fiction: Writing Fiction so Readers Land Amid Your Story and Don’t Want to Leave. Ever.

We live in a clattering, distracting world that pulls at readers’ attention and senses. To compete your fiction needs be immersive, as in an alternate reality that your reader can enter into. Thus your readers are experiencing it, not simply reading it. An immersive story is an intimate, sensory story. It takes place in a world that a reader can see, smell, feel, and hear and it’s based on characters readers come to know and care deeply about. With the opening pages, readers are swept into a world that is so resoundingly real and intricately constructed that they leave their ordinary lives to venture forth and live daily along with the characters.

Readers want to feel as if they’re part of a story world interacting with viewpoint characters. Fictional worlds that are immersive are nuanced, intricate, and alive with significant details. We’ll sort through what makes details significant and necessary. Plan to delve into atmosphere and tone, often under-appreciated techniques in a writer’s toolbox, yet they can be so effective to heighten suspense, create reality, and underline emotions and key moments. We’ll highlight how to use weather, lighting, interiors, unsafe places, and what I call “surround sound.” Finally, we’ll also discuss the key elements needed of world build in realistic genre fiction such as historical, sci-fi, and fantasy, and to make your stories memorable and immersive.

For many writers, the most fun of creating a story is fleshing out characters who battle, grow, and plop into heaps of trouble. Because readers need relatable, yet irksome, yet potent story people to follow and fret over. Their flaws and mistakes drive us crazy, their choices and moral dilemmas worry us sick, their triumphs feel as sweet as our own.
Characters first need to be intriguing and readers need to meet them at a pivotal, irreversible moment. From there they’ll tread where we dare not, fall in love with losers and sometimes winners, and take on monsters when we’d be cowering. But still characters, including secondary characters, need a vivid essence and need to be bigger than life. And by story’s end they need to grow, also called an arc. This workshop will delve into the more intricate aspects of character building and creating arcs, the art of creating characters who will live in the reader’s heart and memory.

One major reason that people ‘buy into’ storytelling of all types is that there are serious stakes involved. Readers need to feel as if they also have a stake in the story. Stakes create tension, but most of all dread in a story because a character’s happiness, perhaps even his life, depends on them. The stakes might mean saving a vulnerable child snatched by a creepy predator, or saving the galaxy, or defeating Voldemort and his Deatheater.

Motivations are the reason characters attempt any action in a story. You’ll learn that motivations are deeply felt, drive a story, and will require a character’s chief personality traits to fulfill. We’ll discuss how motivations reveal backstory and a character’s inner world, create goals, and will exact a cost as the story progresses. We’ll discuss a variety of stakes, motivations, and goals so that you’ll learn clear examples of how all are entwined with plot and character.

If you would like to learn more about the sessions and Master Writing Craft Workshops please click on this link that goes to https://www.chantireviews.com/chanticleer-conference/