More than 10 years ago, when Deeann Callis Graham went through a second bout of alopecia areata (AA), the first was when she was seven years old, she wondered where she could find pictures and read stories of people who were also losing their hair. She wanted to embrace positive messages amid a society that equates baldness with cancer and sickness. Yearning to relate to people who looked like her, she started writing her own story and soon she had connected with others with alopecia wanting to tell their stories.

Head-On: Stories of Alopecia, featuring 75 narratives from people of all ages and walks of life with alopecia. Graham’s purpose is to educate and shed light on the illness that affects 6.8 million people in the US, according to the National Alopecia Areata Foundation (NAAF), and help change the world’s attitudes toward hair, beauty, and self-worth.

In the book, Graham makes it clear that alopecia areata is not cancer, and that hair loss is not any easier for men and boys than it is for girls and women. Alopecia areata is an autoimmune condition where the body gets confused and attacks the hair follicles, which causes hair to fall out. A more severe form is alopecia totalis, where all of the hair on the head falls out. Alopecia universalis, which is less common, is hair loss on the entire body including the head, eyelashes, eyebrows, legs, toes, etc.

To produce the 216-page book, which features black-and-white portraits and short narratives from each participant, Graham talked to more than 500 people to compile the stories and conduct research. At the end, she includes interviews with Jeff Woytovich, founder of the nonprofit Children’s Alopecia Project (CAP), and Andy Turpen, who started Mondo Baldo to highlight positive messages around baldness.

Most impressive are the narratives of hope, rebirth and renewed confidence after years of stares, pranks, and bullying in school and misinformed comments, rudeness, and more stares as adults. Being a child with alopecia can be particularly devastating, as the many contributors wrote, being called “freak” or “hairless cat” on the schoolyard. Sophia said she missed going to her junior prom; and Tanya recalls that as a youngster, she felt “ugly and vulnerable.”

Most of the contributors talk about the countless hours they spent in front of the mirror creatively trying to hide their bald patches with their existing hair. Making the decision to wear a wig in public was a major turning point and a show of independence yet it also came with its own potential failures. Sarah, from California, had a pivotal moment during middle school when a classmate pulled her wig off her head. Sarah was “completely shocked,” but after that incident, she decided to tattoo her eyebrows and leave the wig at home when she entered high school. “I’m just so tired of hiding,” she writes.

While some of the stories are heartbreaking, they are also uplifting, showing how each person rose from the ashes to use their alopecia for good either for their own self exploration or to help the world understand the illness.

Steph, a high school swimmer, says when the team gathers for pictures at meets, she proudly displays her bald head. “It’s as if I’m announcing, ‘Here I am. Bald, beautiful, and not sick!’”

Joyce, who has had alopecia for more than 50 years, had hair loss from age 12 to 24. Her hair fully returned and remained for almost 30 years. “I believed I was cured,” Joyce writes, however there is no known cure at this time although there are treatments. Later, when her son’s hair started falling out, hers did again too and she said she felt relieved she was done with the cycle.

Not only is Head-On a lovely display for the coffee table, it serves as a resource for parents of children with alopecia and anyone who would like to learn more. Graham has included Alopecia 101 with facts and, at the end, a Resources page listing organizations based in the US, the UK, Australia, and Canada.

Head On: Stories of Alopecia won First Place in the CIBA 2017 Instruction & Insight Awards for Non-Fiction. 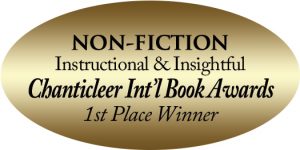