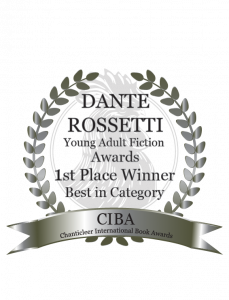 Immersed in the nostalgia of classic summer camp experiences, Becoming Jonika is the coming-of-age story of Joni Byrnes, who, after finding herself on the wrong side of the law, receives a second chance at St. Augustine of Hippo’s summer camp in the trouble-ridden summer of 1969.

Set against the backdrop of the Vietnam War and the aftermath of Martin Luther King Jr.’s assassination, Joni Byrnes is just trying to live a normal teenage life. At the cusp of high school, Joni’s parents send her to Redwood Academy, where they believe Joni will become their ideal daughter. In reality, Joni is quickly labeled by her elite classmates as a loser and an outcast, and the only place Joni feels like herself is in a swimming pool.

One day after practice, she meets Ishmael, who used to be on her neighborhood swim team and is now recently returned home after being discharged from the military. Ishmael treats Joni like she is special, and because of her insecurities and desire to be loved and accepted by others, she falls head-over-heels for him and follows him down a dangerous path that lands her in a courtroom at the mercy of a judge.

Instead of sending her to Juvie, the judge gives Joni the opportunity to make amends. She becomes the swimming instructor at a camp for young African-American children. Becoming an outcast yet again as the only white counselor, Joni learns about of her campers’ and co-counselors’ home lives. She sees their courage and perseverance and tries to move on from her own past; becoming her own person in the face of expanding generational and racial divides.

The hand-drawn look of the cover and the journal-like appearance of the interior create a physical representation of Joni’s report to the judge, pulling readers in and immersing them into the story. The descriptions of the inescapable humidity of summer, the coolness of pool water, and the sweetness of bug juice all feel within reach. In addition to the rich descriptions of Joni’s surroundings, PJ Devlin achieves authentic characterization in the development of Joni and those she encounters throughout the novel.

Joni’s feeling of being an outcast and a loser hits her upon arrival to Camp St. Augustine of Hippo, where she is different in every way from the people around her. In a heart-to-heart with Joni, one of the counselors’ is explicit about what being at camp means, “For us, that’s freedom. For you, camp’s a prison. That’s the difference.”

As the summer progresses, Joni is given the name Jonika and finds herself surrounded by people who like her despite their differences. Jonika describes these feelings in her report, “We were different on the outside but not on the inside.”  By summer’s end, she’s uncertain about returning to her old life, but takes courage from the powerful lessons she learned at summer camp. She leaves Joni’s problems and insecurities in the past and instead becomes the person she chooses to be — Jonika.