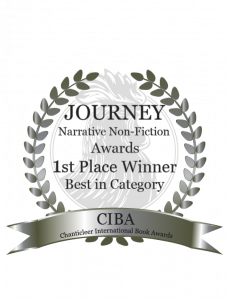 Growing up in an estranged family atmosphere brings questions that beg for answers in this complex multigenerational memoir.

Author Dennis M. Clausen recalls his early years growing up in the latter half of the last century with a detached, mostly absent father and a disabled, emotionally conflicted mother. In his tribute to small-town America, the author eloquently sketches the Minnesota village where he spent most of his youth, a place where the awnings on Main Street were opened and shut at the same time each day, and family secrets were hinted at but never discussed. Among the secrets was the enigma surrounding his Clausen’s father, Lloyd, a wanderer who could never settle in one place, keep one job or stay with one woman for very long.

There are many idyllic elements to Dennis’s upbringing. Though poor and often struggling for basic necessities, his mother and siblings got by, sometimes helped by the largesse of the community. On occasion, a visitor might sleep on the couch, and tuck nickels or dimes strategically into the sofa’s cushions, leaving Dennis and his brother, Derl, the means to go to the local movie theater. The boys also managed a paper route together.

Reaching college age, there was no money, so Dennis stayed in his hometown at a newly created branch of the university. There he was fortunate to have as a mentor a legendary professor of American literature who recognized what the town’s librarian had noticed years before: that Dennis had great zeal for reading.

As Clausen matured and closely observed the clan he was born into, certain flaws appeared in the pleasant but rather fuzzy picture that had been painted for him. He felt increasingly guided by hints—and finally by some handwritten memoirs from his father—to explore their shared past. In the years of Clausen’s youth, polio was a killer stalking the country and then was miraculously eliminated, but the psychological concept of “attachment disorder,” which undoubtedly afflicted Lloyd, was unheard of. In sifting through his father’s memorabilia, Clausen learned that Lloyd’s adoptive parents always regarded their charge more as free labor than loved one. In Prairie Son, Clausen has written vividly of Lloyd’s life as a mistreated orphan. The many remarkable results of that investigative work comprise the second portion of Goodbye to Main Street, complete with documentation and photographs in what can be seen as Clausen’s second vocation as the family detective.

Clausen’s work has garnered a following among family both here and abroad who have contributed to his diligent search for his ancestry and among orphans and children of orphans who sense his empathy. There are many poignant moments in his coming-of-age account that will resonate with the experiences of an earlier generation of Americans. Perhaps this is the pull of Clausen’s memoir, the story of how one boy grew to manhood and overcame the odds, to become something other than what he was born into: from grinding poverty to successful academic.

Now, after making numerous nostalgic visits to the old hometown and to various gravesites as part of his delving into family lore, he has come to see life as “a journey” and to respect its mysteries.