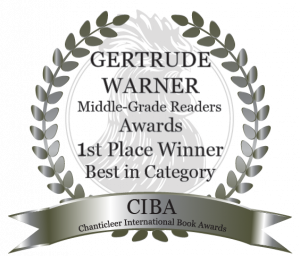 A talented and creative author, Diane Moat, presents a magical world hidden within a New England town where Witches, Warlocks, and Gnomes live together peacefully. That is until one day, something strange happens to the Familiars in the neighborhood. Someone or something had taken the magic from Frank the parrot a month previously, and now the same thing has happened to the tortoise King Arthur.

This is where Pepper Neely, pet sitter of the supernatural, comes in. Gnomes are magical people who can connect with supernatural creatures. Pepper has a unique aptness with her connection to animals, and she quickly became the neighborhood pet-sitter. With the help of her best friend and witch-in-training Luna, the two go against the well-meaning wishes of their parents to get to the bottom of what is happening to the Familiars. As usual, that is easier said than done when the Witches and Gnomes start to clash over the danger at hand. Pepper also discovers an ability that will change the meaning of what it is to be a Gnome.

Moat’s The Magic Thief is the first book in her The Supernatural Pet Sitter series. The story begins in the middle of things as Pepper is trying out a storm after checking on the ferret Familiar named Cranky. It doesn’t take long for it to discover that the story is very character-driven with a strong family dynamic at its heart.

Pepper Neely is a lovable character, and her pre-teen voice is decently portrayed in the novel. The way the story effortlessly welcomes readers into the Neely gnome family and their secret world of magic is captivating and delightful. Diane Moat leaves enough questions unanswered, setting up the next installment, and leaves enough loose ends open for the story to develop throughout the rest of the series.

Diane Moat’s The Supernatural Pet Sitter: The Magic Thief is a middle-grade novel perfect for the curious reader interested in the hidden magic that could be lurking in their own backyard.