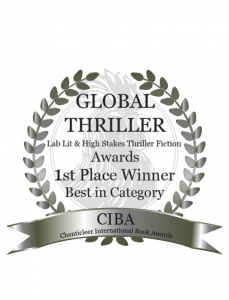 From page one, things are not going as planned on The Kafir Project, and author Lee Burvine has many more surprises in store before this undertaking ends. The action leaps off the page from beginning to the grand finale in this thought-provoking thriller. The villains are well-organized and highly motivated to stop the Project dead, as well as anyone who gets in their way.

Gevin Rees is a television science communicator, a celebrity who explains complex scientific discoveries and theories to television audiences. He interviews guests on specific topics and is surprised the world’s most celebrated and reclusive physicist, Edward Fischer, wants to meet with him. It’s even more curious because Fischer’s death in an explosion had been broadly reported. However, he stands before Gevin Rees and begins to tell a story of intrigue about a secret project on a pier along San Francisco Bay. The story is interrupted with gunfire. This time there is no doubt that Fischer is dead. Now on the run, Gevin Rees is a new target.

To solve this mystery, Fischer throws Rees a pack. The contents answer few questions and suggest new ones. Why did Fischer want Rees involved? Before this perilous journey ends, Rees will need to join forces with unexpected allies. One is a rogue agent; others are scientists. Even as a team is taxed to escape the persistent, elusive, evil people determined to stop them and Fischer’s project, Faraj, one of the antagonists declares, “We need the dark to appreciate the light.” His methods are very dark, indeed.

To have any hope to escape these people, Rees will need to employ all of his scientific knowledge, along with sharpening his wits and pushing his fervor beyond limits. But will these efforts be enough to discover the truth of the project? The core of worldwide belief systems is at stake – and a lot of money.

The author’s lifelong thirst to get to the bottom of things has culminated in The Kafir Project, his first novel, and the science behind the plot is beautifully shown through the characters, especially by the TV celebrity turned unexpected hero, Gevin Rees. The Kafir Project is an excellent work of fiction, packed with action and profound ideas that will linger long after the last page is read.