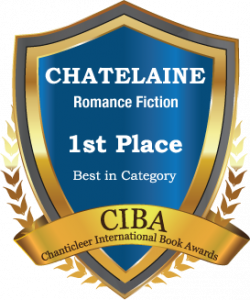 Twenty-six-year-old Hennessy O’Halloran should have it all. She should be enjoying her overpriced apartment in St. Paul, Minnesota, her successful legal career, and her “friends with benefits” neighbor, but in the month since her father’s sudden death, all of those things have become unimportant.

She thought she and her sisters had some time to figure out what to do with Jack’s legacy, an Irish pub he and their deceased mother built from scratch. Still, when they discover a substantial loan agreement secreted away in Jack’s belongings, they realize they only have six weeks to come up with over $100,000, money he borrowed against the business to help finance various expenses on his daughters’ behalves. She finds herself back home in Mayhem, Minnesota, living above the pub and trying desperately to find the funds to save the business.

Enter Bryan Truitt, land developer and business “matchmaker,” sweeps in with a letter of intent to purchase the pub sans Jack’s signature. Even though Jack had planned to sell the bar and settle his debt, his daughters can’t bring themselves to sell to the slick, fast-talking Bryan, no matter how hot he looks in his ridiculously overpriced suit and Italian loafers. Bryan, despite his initial desire to arrive, conquer, and depart this Midwest winter land, finds himself drawn not only to small-town life but also to the confident, courageous Hennessy. When Bryan wagers against Hennessy’s ability to raise the money to save the business, neither realizes the stakes are much higher than just the pub. Will they risk their hearts to win a future together?

Blame it on the Bet is full of vivid characters. From Bryan’s hard-nosed assistant Helen to the matchmaking, Father Romance, the novel overflows with realistic, lovable characters, right down to Jackson, a curse-word-loving toddler whose specialty is his spectacular aim with flung food. These folks feel so human, readers will easily fall for them, and their quirky town of Mayhem, where a psychic baker who reads fortunes in pies and everyone owns at least one rescue cat and all of them–the cats not the humans–wear sweaters. The humor is a welcome addition to a genre that sometimes takes itself much too seriously, and good ole Midwestern honesty means there isn’t the elaborate game playing plaguing many romances.

The O’Halloran sisters lend themselves to a significant theme within the novel. Known as the “whiskey sisters,” Hennessy, Jameson, Walker, and Bailey are as varied as the alcohol for which they are named, but together, they create a tight-knit unit dead-set on saving their father’s legacy. That legacy, that sense of belonging to something worth more than the individual, permeates every aspect of the plot. The sisters drop everything to pull together and face the challenge head-on, to hold onto their father’s dream, a dream which built the very foundation of each of them. Family pride drives not only the girls but, in a way, the entire town as they pull together to save O’Halloran’s with chili cook-offs and quiz nights. The fight for the town’s favorite becomes one of pride. Even Bryan becomes embroiled in his own struggle for and against legacy when he battles his familial demons in the form of his father’s past and his unintentional tie to it. He must acknowledge his own history before he may create a new future with Hennessy, becoming a member of the family he has chosen, in a home he never expected to find.

Lovers of romance will fall for this couple and this town. It will wrap you up in a cozy blanket and keep you warm as a cup of hot cocoa on a cold Minnesota day – or wherever you happen to call home.

Blame it on the Bet by L. E. Rico won First in Category in the CIBA 2018 Chatelaine Awards for Romantic Fiction.