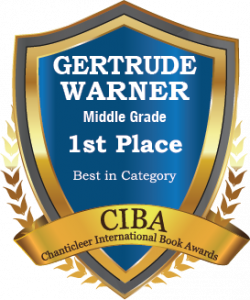 Full of fun and quirky characters author, Aric Cushing, invites readers to join him in a world where Halloween never ends. The tale begins with the prophesized birth of the white-haired Alex Vambarey, who draws the attention of a darkling vampire named The Deleter.

After being saved by all the citizens of Hillock Green, the plot then shoots forward to the eve of Alex’s departure to school. He is an adventurous boy who takes this new chapter in his life in stride, and after saying goodbye to his parents, Alex begins a rather long journey to school. There he meets a whole cast of absurd characters and makes fast friends who help him solve the school riddle.

Creative influences such as any of the Tim Burton films show up strongly in the book’s visual imagery, most notably when Alex travels through a tree and descends a terrifying staircase. Even though the inspiration of Tim Burton is strong, Cushing still creates a unique land of Halloween.

Cushing’s Vampire Boy is also fairly unapologetic about how heavily it is inspired by Harry Potter. Whether that is done on purpose to draw in children who enjoyed that series, or as a way to poke fun at itself is hard to tell. It is good to note that the areas of the story where it diverts from the tropes of Harry Potter are some of its strongest moments.

The narrator of Vampire Boy is somewhat unreliable because they repeatedly interject into the story to hint at a future event, which most of the time does not play out by the end of the book. When thinking about the art of storytelling, this narrative strategy does not necessarily make sense, but it keeps readers on their toes.

It has to be noted that this story ends on a cliffhanger. A lot of the book is spent on Alex getting to school and ends right around the cusp of the story’s climactic moment, and some may find that to be an unsatisfactory ending. Overall there is a lot of humor throughout and this humor is the best quality of Vampire Boy, especially the comedic moments of Alex and his classmates learning about the human world.

Kids who love Halloween, and have active imaginations, will have fun reading Vampire Boy and will laugh as Alex and his friends misunderstand the human world during their quest to crack their school’s riddle.