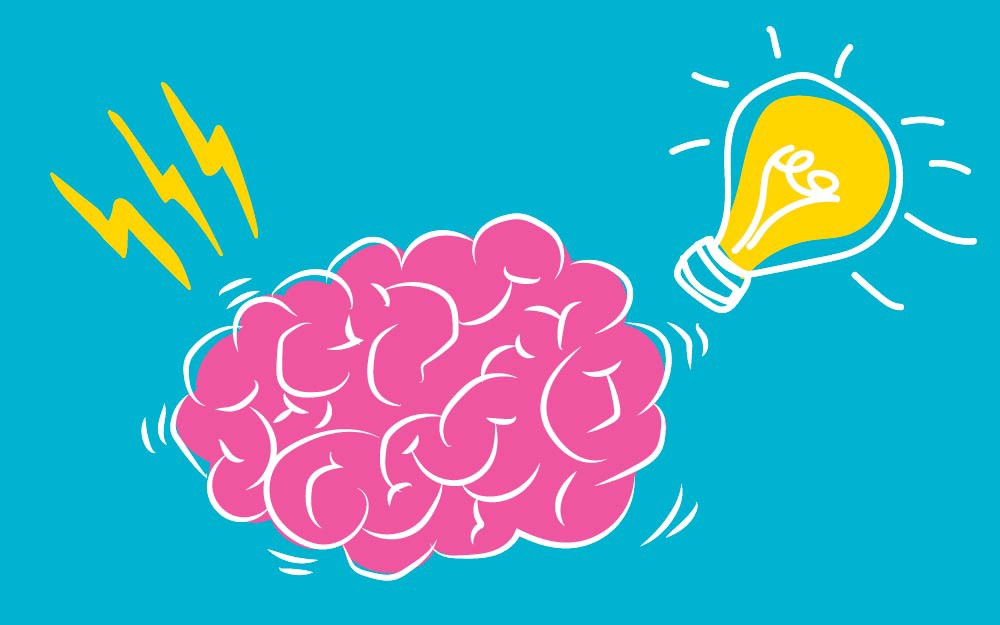 Whether or not you are participating in NaNoWriMo, these BRAINSTORMING TIPS from Jessica Morrell with help jump start your next work of fiction. 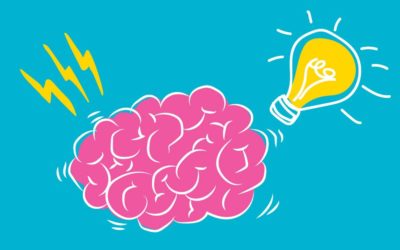 NaNoWriMo what?  NaNoWriMo is short for National November Writing Month. There is a tradition in the writing community around the world that writers hunker down and promise to write 50,000 words for one work during the month of November. Some writers flourish under the deadline. Others, well let’s just say there is much gnashing of teeth and fretting to meet the deadline. Some writers believe that NaNoWriMo has forced them to bang out their best work. Others look back on their month of NaNo-ing and see gibberish.

As for me and others, November just isn’t the month to join in annual since Thanksgiving and the winter holidays are just around the corner. A few of us speak almost treasonously about doing it at a different time such as February. NaFebWriMo. 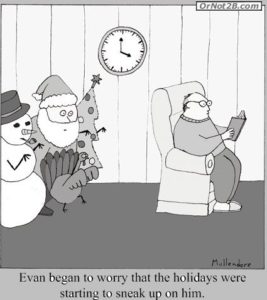 But whatever your take on NaNoWriMo is, I believe that you will find Jessica’s suggestions and tips on How to Your Brainstorm Next Work will be useful additions to your writer’s toolbox. Kiffer Brown 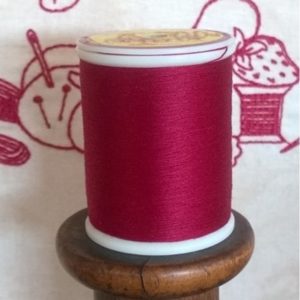 UnSpooling the Story Thread in Your Brain – Jessica Morrell

With the end of October here that has NaNoWriMo looming just around the corner, I recommend that you get acquainted with your protagonist before you plunge into writing a new novel.

It’s simple really; if you get acquainted with him or her beforehand, the story will unspool with more ease and speed. Because what the protagonist wants/desires and fears the most (the dreaded alternative) will be at stake in the story.

Now, it’s likely that the protagonist’s needs and goals will shift and grow throughout the story, but you need a starting point of need and imbalance. If you begin with basic dynamics of storytelling now, then by the time the conflict heats up and things are really hairy, you’ll understand your protag’s reactions and next steps.

The protagonist’s goals will meet with opposition from the antagonist or another force. The protagonist will struggle to overcome the obstacles. These struggles create conflict and conflict fuels the whole shebang. 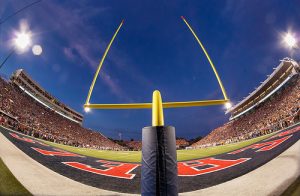 Goals matter. Goals define fictional characters from Woody from Toy Story to Dorothy Gale in the Wizard of Oz to Atticus Finch in To Kill a Mockingbird.

Goals are tied to dramatic structure and prevent your characters from being merely reactive.

Fictional characters don’t give up even though goals are hard to achieve. 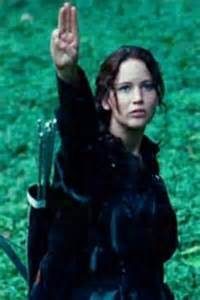 Katniss Everdeen: Her path to greatness began the day of the Reaping when she steps in to save/protect her sister Primrose from taking part in the annual and deadly Hunger Games. Leaving home with Peeta, the other Tribute from District 12, she plans to somehow stay alive because if she dies her mother and sister will not be able to survive without her. Along the way, she trains, forms an alliance with Peeta, collects allies and enemies, and ultimately fights to protect Peeta’s life too. By story’s end, their examples show how remaining true to your principles is most important of all. 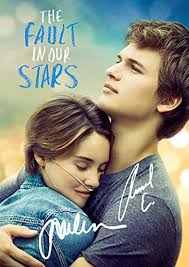 The Fault in Our Stars by John Green

Hazel Lancaster in The Fault in Our Stars: Teenaged Hazel has been dealt a lousy hand, thyroid cancer that has metastasized into lung cancer. Her first goal, to please her mother, is accomplished when she attends a support group for kids with cancer. At this meeting, she makes friends with Augustus Waters who becomes her first love. She introduces Augustus to her favorite novel about a girl with terminal cancer and explains she wants to meet the author and understand what really happened to his family. You see, the motivation that drives Hazel is that she needs to believe her parents will be okay after she dies. (spoiler alert) Along the way Hazel and Augustus travel to Amsterdam and meet the author, lose their virginity, and Hazel realizes how much she wants to live. But Augustus has been hiding a horrible truth: his cancer has returned and he has little time left. Quite a plot twist, isn’t it? Now Hazel needs to somehow support him, cherish their last days together, then handle her grief all the while coping with her own terminal diagnosis. She comes to understand what being a survivor means and that life has meaning no matter what stage you’re at. And she comes to feel more peace about her parents, especially after she learns her mother has been getting a degree in social work. 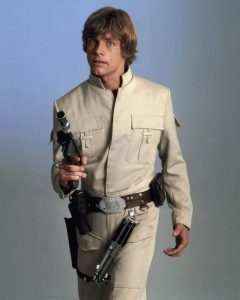 Luke Skywalker: Skywalker is a freedom fighter from humble beginnings. His path (and character arc) begins with a restless need to escape his dead-end existence on his uncle’s barren farm. He learns that Princess Leia is leading a rebellion against the Empire and wants to join. He longs to become a Jedi Knight, or fighter pilot especially after Obi-Wan Ben Kenobi, a desert hermit, informs him that his father was a Jedi fighter and he has the ability to harness the Force. Still reluctant to leave his family, his mind is made up for him when Imperial stormtroopers savagely murder his aunt and uncle. He’s all in now. Skywalker begins training with Hans Solo, then learns the princess has been captured. His next goal is to rescue the princess, which he accomplishes with more than a few swashbuckling moves. This sets up his final, seemingly hopeless goal of taking out the Death Star and ultimately saving the Rebel alliance. 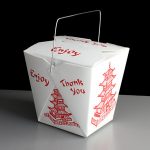 Notice how the protagonists’ goals powered the story?

So how are you going to get acquainted with your protagonist? There are lots of questionnaires available online to create a physical presence and backstory.

Walk a mile in their shoes… 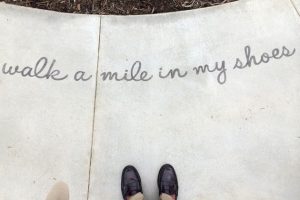 However, it seems to me that walking along or imagining characters as if they’re with you, their creator, can be one of these best methods of getting to know someone. Especially if you want to learn what makes them tick. Or in fiction speak, their motivations. Motivations stem from a character’s past, basic nature and personality, and compelling circumstances.

Just try it. Step outdoors and plan to walk for at least a mile with your invisible pal at your side.

Do you remember those moments in life when you’re walking along with a friend and a profound truth slips into the conversation? Maybe it’s a tidbit or a bombshell or sharing a long-ago memory. We all have wounds and they’re often twined to a character’s internal goals and secrets. Those are the moments, the gold you’re searching for.

And although time is short with November looming, how about a short road trip with your character riding shotgun? Or can he or she tag along when you’re running errands or chauffeuring the kids? Have you ever noticed how some people are a delight to travel with and some people are a nightmare? Which one is your protagonist? A nervous, watchful traveler? Open to adventure? Afraid of the unknown? Chatty? Reticent?

What’s wrong or not working in his/her current situation?

What about emotional needs from the past? In other words, what’s screwing up your character?

What first, clear-cut action step can the protagonist take toward his/her goal?

Remember, a protagonist’s goals work best if they’re relatable, visible, and barely achievable. Side note: some of a character’s goals will remain ‘invisible’ since they are inner, emotional, personal growth goals.

What is the impetus to push your protagonist toward that goal?

What is your protagonist’s inciting incident?

Our professional editors are top-notch and are experts in the Chicago Manual of Style. They have and are working for the top publishing houses (TOR, McMillian, Thomas Mercer, Penguin Random House, Simon Schuster, etc.).

Chanticleer Editorial Services also offers writing craft sessions and masterclasses. Sign up to find out where, when, and how sessions being held.

The INCITING INCIDENT: STORY, SETBACKS and SURPRISES for the PROTAGONIST – A Writer’s Toolbox Series from Jessica Morrell’s Editor’s Desk