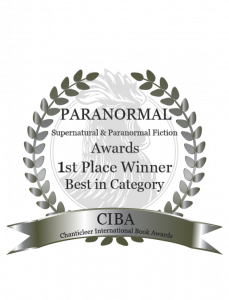 Rea is a fast-paced paranormal romance featuring a super-sexy supernatural male lead and a career-minded young woman who are madly in love with each other; and, as it happens, each with their own demons to face. Gabriel and Juliet must each learn to confront their pasts and honor each other’s strengths if they are to not only continue their love but to survive their fate. Rea is book two in the Shamar series by Lydia Staggs.

Rea is the continuation of Gabriel and Juliet’s love story and showcases the struggles of not only a human romance, but a paranormal one as well. Gabriel is Shamar while Juliet is human. The Shamar are a race of rigidly hierarchical, supernatural creatures who can transform into wolves and are sworn to protect humans. Gabriel, constantly aware of his dual nature as both man and wolf, struggles with how his wolf, a pair-bonding, aggressive creature, would prefer to interact with Juliet, the woman he is sure he wants to spend the rest of his life with. The wolf side of Gabriel often causes him to be jealous and possessive and he grapples with Juliet’s need for personal space and time.

Juliet is a veterinarian, hoping to get into her dream residency. On a tour at the hospital however, she realizes that a man from her past works there, a man she would give almost anything to avoid—Ryan. Ryan is involved with the Amoveo, vampire-like former humans who can shapeshift and ruthlessly control human thought. They are the Shamar’s sworn enemies as they delight in violence and destruction.

Ryan, it turns out, has been involved in experiments on captive Shamar. Gabriel takes it upon himself to find out what these experiments entail and what he discovers is nothing short of horrifying. But does he dare tell Juliet what he’s discovered?

Juliet and Gabriel quickly realize that if they are to deepen their relationship, they must each let the other one in—they must share what they have been trying so hard for so long to hide. For it is only together that either one can succeed.

Rea by Lydia Staggs won First Place in the 2017 CIBAs for Paranormal Fiction.