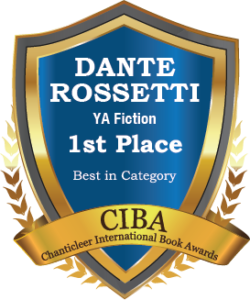 A savage civil war is consuming the Primordial tribes. With heavy losses for both Spirit and Flesh Clans, each side is taking extreme measures to secure Cathair and the mysterious forests and mountains surrounding it. Controlling Avery and Cayden Tiernan would ensure that victory. Born the children of royals from both clans and meant to unify the land, the twins have always been exceptional. It isn’t until much later that they learn they are Spirit Shields, godlings returned to Earth to help mankind and nature.

The twins aren’t the only godlings in the kingdom. Artio, released from her heavenly prison through a blood merging of bear and man, and Helga, Great Mistress of wicked souls, seek to rule man and spirits and take revenge on the twins whatever the cost to the humans in their path. With Queen Alcina and Marea, spiteful High Priestess whose place has been usurped by Avery, the twins must fight to reunite and save humanity from annihilation at its own hands while fighting their sisters, both with designs on being the sole god of the Primordials.

This second installment of the Saga series has complicated plot twists. From the ever-changing loyalties of godling and man to the emerging backstory of Avery and Cayden, the novel throws the reader into the action and adventure on a non-stop flight through the intrigue and back-stabbing of Cathair. Fantasy readers will love the healing unicorns, fighting phoenixes, helpful werewolves, and bossy pegasuses. A mixture of world mythologies unites the familiar with the innovative, creating an intriguing blend and a truly unique setting.

Susan Faw is a masterful storyteller, and Soul Sanctuary’s strength lies in its multifaceted telling of myths and legends. With alternating points of view showing all perspectives of this battle of souls, the novel encompasses a tale as vast and varied as the kingdom itself. Readers may wish to dip into the first book in the series, Seer of Souls, to settle into this outstanding read.

Whether man or godling, no character is safe from the machinations of others, creating a network of subterfuge. The twins, Avery and Cayden, were born tools of unification but are also the chosen habitat of returning godlings, Alfreda and Caerwyn, who give up immortality for the chance to save the souls of man. Cayden must maintain the Well of Souls where souls reside until rebirth. Avery is the keeper of animal souls meant to pass on and be reborn. Because of their influential positions both as mortals and godlings, everyone seeks them.

The clans are controlled by their high priests, who sacrifice both spiritually and physically at will. Artio herself, a mixture of animal, man, and thunder, is created by the Flesh Clan, who quickly learn controlling her is much harder than it appears. Artio, though, is a slave to her revenge plot against Helga. Helga, trapped within a mountain, controls the souls of the lost and the former human queen, Alcina, but falls victim to her own jealousy of Artio, which led to her captivity. Unable to cut the strings of control and create their own destiny, all of the characters are mere “pieces on a giant chessboard, being pushed to and fro.”

Within this puppet-master world, the characters learn that only their combined strengths will win the day. Nowhere is this more evident than in the duo of Avery and Cayden. Though kept separate by the force of their siblings and the clans’ trickery, twin-power will save the people of this besieged land. But even if the dynamite duo manages to reunite, real success will hinge upon some critical, human and nonhuman characters who help the godlings along the way. Only with the teamwork of man and beast will the souls of all be saved. 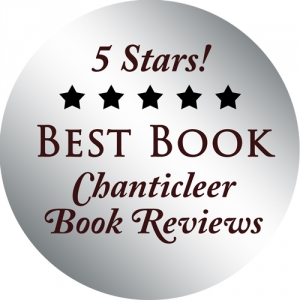