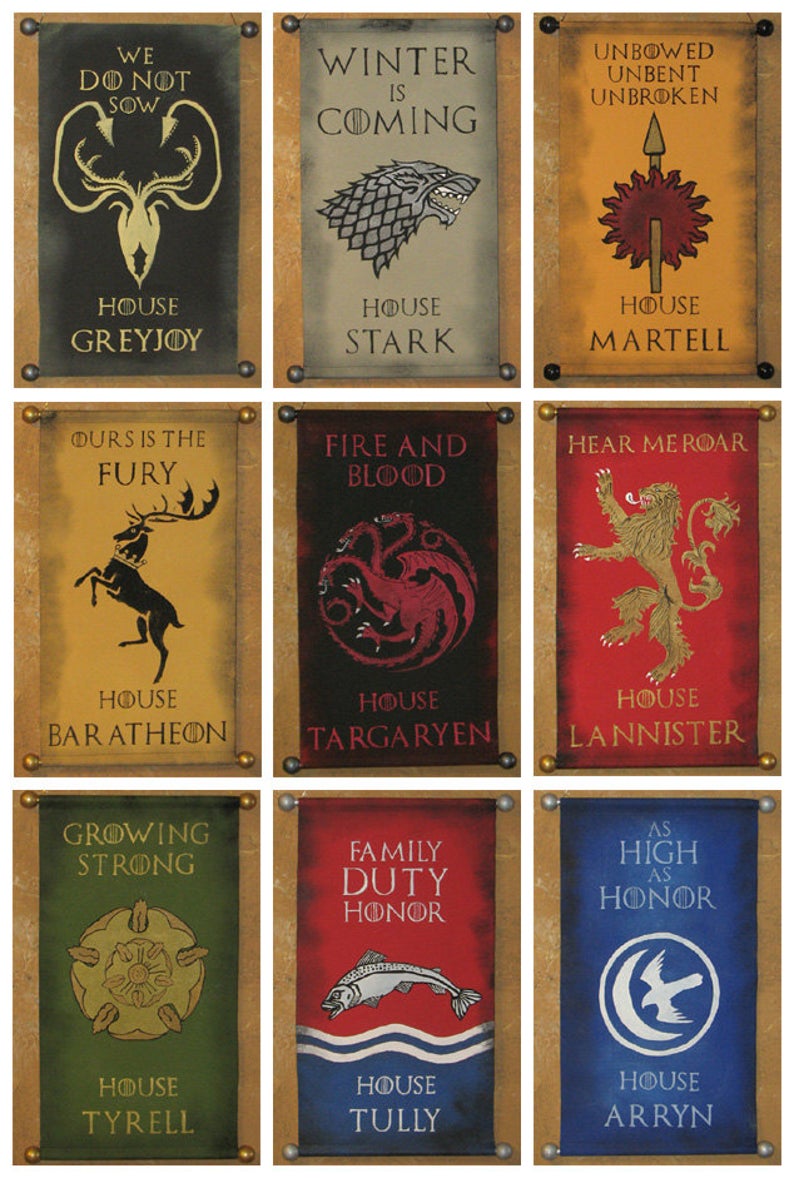 I once taught a workshop when a writer proudly announced that he’d written an entire novel where none of the characters had names. It’s a story I never want to read. All plants, animals, objects, places and people have names that identify them.

Naming people and things in fiction has a practical purpose because it appeals to the reader’s logic, imagination, and memory. We name characters to differentiate them, to suggest their age, social standing and personality, to make them solid and distinctive, and signal readers that the story person is worth noting.

Since the reader will encounter your characters’ names again and again, bestow names  with care, and add subtle layers of meaning to a story via their names. Generally, the more complicated your character, the more distinct his or her name should be, (think Ebenezer Scrooge or Hannibal Lector) keeping in mind that names, like characters evoke a response in readers.

Be especially careful with a villain’s name, and don’t choose a name that works against type. You wouldn’t select a name for an arch villain that suggests a softie, nor would you give a good guy a name that has dark connotation.

Kiffer’s Note:  Although, one of my favorite Firefly characters is named Jayne. He is a bad-ass, no-neck, muscular guy who named his favorite weapon in his arsenal Vera. No one would dare make fun of his name to his face and live to tell about it. Also he wore (proudly) an absurd orange knit cap  with ear flaps, that his mother made for him. And speaking of names, the ship he served on was named Serenity. Life was anything but serene on Serenity. 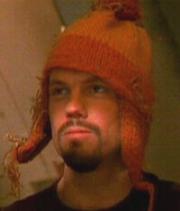 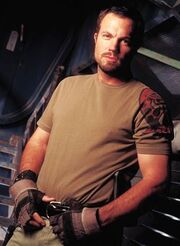 Jayne was good to have on your side in a fight.

If your story has a true villain, his name should reflect menace, coldness, and/or strength. You might consider using hard consonants and sounds to suggest menace or other characteristics. For example in Stephen King’s The Dark Half, a writer’s villainous alter ego is named George Stark.  Then there is Tolkien’s Gollum and Ian Fleming’s Auric Goldfinger.  Conversely, good guys will have names that suggest goodness, or perhaps strength, such as Tolkein’s characters Frodo, Sam, Merry, and Pippin.

The best names reflect the genre and suggest the character’s traits such as Voldemort in the Harry Potter series.  On the other hand, the head master is Albus Dumbledore. Albus is from the Latin word alba, white, and his last name is Old English for bumblebee. So the headmaster’s name suggests honor and a hard-working nature. Sirius Black is Harry’s godfather. His first name is the dog star, appropriate for a wizard who can transform into a black dog.

George R.R. Martin’s fantasy series A Song of Ice and Fire is replete with terrific and memorable names: Mance Rayder, Tywin Lannister, Walder Frey and Jon  Snow. In fact, the series has such a crowded cast it comes with an appendix cataloging names. One royal family is also named Stark. The family is from a kingdom of the north, Winterfell and the Starks are tough and cunning and hardened, with a lower hall filled with the bones of their ancestors. 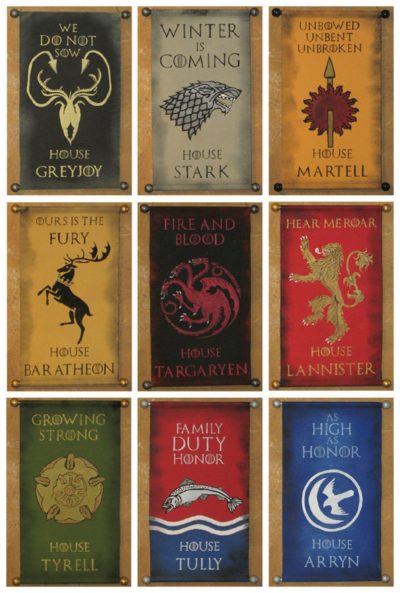 It often works best to give tough, plain spoken, or unsentimental types, equally unsentimental names. Thus, your straight-shooting, beer-loving cop likely wouldn’t be named Julian or Florian, (no offense to the Julians and Florians of the world) but instead might be Jake or Jesse or Max. An alpha type needs an alpha-sounding name as does James (Jamie) Fraser in Diana Gabaldon’s Outlander series.  Of course this works for women too as shown in Ma Joad of The Grapes of Wrath. Many writers use names that are suggestive such as Romeo suggesting romance, Holly Golightly suggesting a light hearted nature, and Scarlett O’Hara a beautiful flirt.

In Dean Koontz’s Forever Odd he gets the names just right and the villainess is called Datura which reflects her kinkiness, coldness, and cruelty. However, Koontz cleverly has chosen a name with layers of meaning, something fiction writers are always striving for. Datura is a flowering plant that is also called Devil’s Trumpets and Angel’s Trumpet. The Datura species, which has beautiful trumpet-like flowers exudes a narcotic-like scent, especially at night and is considered a sacred visionary plant. Datura plants have been used in many regions and by many cultures for medicinal and spiritual reasons, especially by shamans who use it for its clairvoyant powers. It is also interesting to note that all the Datura species contain potent alkoids which when taken in sufficient quantity have the power to kill.

Of course, like all parts of fiction sometimes writers go awry when naming characters. One problem is that they take this technique too far. Examples are naming a macho private eye Rod Magnum or Sam Blaster or naming a seductress Jezebel Flower.

Choose a character name that is age-appropriate and don’t make the mistake of choosing a name that is popular now for an adult character but wasn’t popular at the time of the character’s birth. To research the etymology and history of first names go to www.behindthename.com. If you’re writing historical fiction, it’s crucial that your names are historically accurate. Thus you wouldn’t name a 16th century character Tiffany or Shawna. But Geoffrey, Humphrey, and Giles have an authentic ring as do Eleanor, Phillipa, and Thomasina. And while Hester Prynne works for moniker of the scarlet woman of seventeenth century, her name wouldn’t work for a contemporary woman.

Kiffer’s Note: In The Twilight series by Stephanie Meyer, naming characters had its own special conundrums. The characters exist in contemporary U.S.A. but may be from the 1918 such as Edward Cullen or Carlisle Cullen who was born in the 1640s. Meyer wanted the names to appropriate for the time period when they were born and that would not seem weird in contemporary America. Cullen is the name that Carlisle gave his Olympic coven. 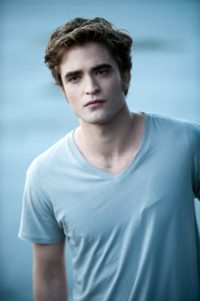 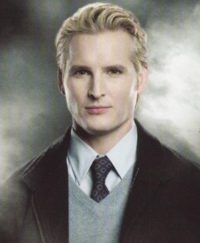 What to avoid in naming

Another problem is featuring a story with too many names that sound alike—Jana, Jen, Jed, and Janine. Or names that rhyme like Ted and Ned. Or names that share the same vowels sounds like Sean and Dawn.  So you want your cast names to have contrast and variety. Other problems are naming a character after a real person as in William Washington Clinton, Prime Minister of the Federated Territories.

Avoid also cutesy spellings or the alphabet soup syndrome most often found in science fiction or fantasy where the reader is left wondering how to pronounce oddball names like Aarghe or Zyyxr or T’muhra.   You might try combining two contemporary names or twisting a contemporary name to change it somewhat, or use mythological names or simply ones that are easy to pronounce like Bilbo Baggins from Lord of the Rings.

Names are a terrific way to anchor a story with authenticity as Mario Puzo did in The Godfather with the Sicilian immigrant Don Vito Corleone and his sons, the tough quick-tempered one is Santino, Frederico is the weaker son, and Michael, the good son. Well, at least he starts out the story as the good son. Then there was Lucca Brazi who ended up sleeping with the fishes and Johnny Fontane, the singer whose name suggests the era.

It’s also helpful to know how your character feels about his name. Many people don’t like their names, don’t believe their names suit them, or shorten or change their names—James is called Jim, Margaret shorten end to Meg, Jerome to Jerry. And that in itself can lend sub-context to your story.

TITLES — that is an entirely different subject… Just imagine if the Twilight Saga kept its working title Forks. So stay tuned. If you haven’t subscribed, we invite you to do so!

HANDY LINKS to Other Chanticleer Writers Toolbox blog-posts on Character Names and Language in Fiction.

Jessica will teach the Master Craft Writing Classes at the Chanticleer Authors Conference VIRTUAL Conference that will be held from Tuesday, Sept 8 – Sunday, Sept. 13, 2020. She will present sessions and Master Classes during the conference. She and Kiffer will also host a fun kaffeeklatch for Word Nerds at CAC20. 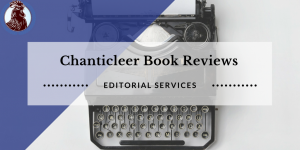 And that our professional editors are top-notch and are experts in the Chicago Manual of Style. They have and are working for the top publishing houses (TOR, Macmillan, Thomas Mercer, Penguin Random House, etc.) and award-winning independent presses. If you would like more information, we invite you to email Kiffer or Sharon at KBrown@ChantiReviews.com or SAnderson@ChantiReviews.com.