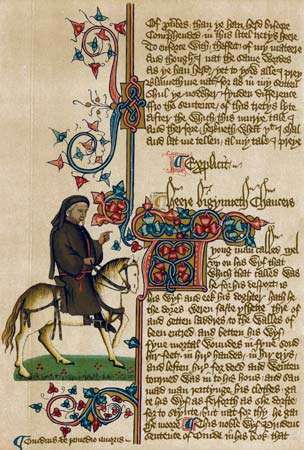 We titled the Chanticleer International Book Awards (CIBAs) division for Pre-1750s Historical Fiction the Chaucer Awards, after the English poet and author of the Canterbury Tales.

Chaucer’s The Canterbury Tales is considered one of the greatest works in the English language. It was among the first non-secular books written in Middle English to be printed. 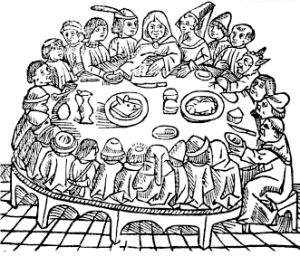 The framing device for the collection of stories is a pilgrimage to the shrine of Thomas à Becket in Canterbury, Kent. The 30 pilgrims who undertake the journey gather at the Tabard Inn in Southwark, across the Thames from London. They agree to engage in a storytelling contest as they travel, and Harry Bailly, host of the Tabard, serves as master of ceremonies for the contest. Most of the pilgrims are introduced by vivid brief sketches in the “General Prologue.” Interspersed between the 24 tales are short dramatic scenes (called links) presenting lively exchanges, usually involving the host and one or more of the pilgrims. Chaucer did not complete the full plan for his book: the return journey from Canterbury is not included, and some of the pilgrims do not tell stories.

The use of a pilgrimage as the framing device enabled Chaucer to bring together people from many walks of life: knight, prioress, monk; merchant, man of law, franklin, scholarly clerk; miller, reeve, pardoner; wife of Bath and many others. The multiplicity of social types, as well as the device of the storytelling contest itself, allowed presentation of a highly varied collection of literary genres: religious legend, courtly romance, racy fabliau, saint’s life, allegorical tale, beast fable, medieval sermon, alchemical account, and, at times, mixtures of these genres.

The stories and links together offer complex depictions of the pilgrims, while, at the same time, the tales present remarkable examples of short narratives in verse, plus two expositions in prose. The pilgrimage, which in medieval practice combined a fundamentally religious purpose with the secular benefit of a spring vacation, made possible extended consideration of the relationship between the pleasures and vices of this world and the spiritual aspirations for the next.

The Canterbury Tales consists of the General Prologue that sets the story and 24 tales and ends with “Chaucer’s Retractions” (probably a CYA (cover your a&@) move on his part).

Some interesting tidbits about Geoffrey Chaucer 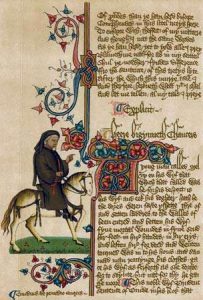 Kiffer Brown, the founder of Chanticleer Reviews, was introduced to Geoffrey Chaucer’s Canterbury Tales when she was studying medieval history at university. If you press her on the matter, she will confess that she and her classmates read the work in Old English (of which she is very proud to have done). And yes, she is fond of The Decameron by Boccaccio. Don’t be surprised if one of the next division of the Chanticleer International Book Awards is named after Boccaccio.

The deadline to enter works into the 2019 Chaucer Book Awards, a division of the prestigious CIBAs is June 30th. Click here for more information: https://www.chantireviews.com/services/Historical-Fiction-Contest-p21521105

AND NOW FOR the CHAUCER BOOK AWARD WINNERS HALL OF FAME

The SERPENT and The EAGLE  by Edward Rickford

The Traitor’s Noose: Lions and Lilies Book 4 by Catherine A. Wilson and Catherine T. Wilson

The Towers of Tuscany by Carol M. Cram

Valhalla Revealed by Robert A Wright

The Love of Finished Years  by Gregory Erich Phillips

Want to be a winner next year? The deadline to submit your book for the Chaucer awards is June 30, 2019. Enter here!

As our deadline draws near, don’t miss this opportunity to earn the distinction your historical fiction readers deserves!  Enter today!

The CHAUCER Book Awards is a division of the Chanticleer International Book Awards – the CIBAs. 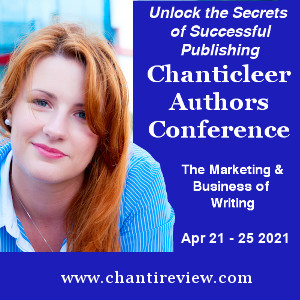 Thank you for your great (review) service. Looking forward to being a part of your future growth in the future. --S. Thomas Bailey, Author of Blind Faith: The Gauntlet Runner Book IV

"Chanticleer's editorial review is excellent and I appreciate the time you have taken to do such a great job with it."

"Thank you for the wonderful review! Please pass on my thanks to your editor, who not only read the book carefully, but also took the effort to pass on her recommendations to me. It's been a pleasure working with you, and I'll recommend your service to others!"

WOW! WOW! WOW! THANK YOU and your staff and supporters for the awesome review you posted of my novel Tupelo Honey.

"...wonderful review of "Raggedy Man." I am honored--and also impressed by your reviewer's close reading of the story. She clearly has read the book carefully, which only makes the review more meaningful. I am also grateful for the exposure to the book among such a wide audience and for the posting of the its title and your review to so many media sites. Thanks so much!"

"Great job on the review! You nailed it. Again, thank you for going the extra mile. Chanticleer is a very valuable resource for writers, particularly Indie writers and I wish you guys continued success moving forward."
Read More Testimonials